I am a Montauk kid. My family moved there from Queens, New York after I was born in 1947. In the 1950's with about 1100 residents during the winter just about everyone knew everybody. Even from an early age there was always the mystique of "Montauks" famous history; Montauk Indians, rum running, Carl Fisher, WWII, dirigibles, the fishing village, Teddy Roosevelt and the Rough Riders, Montauk Lighthouse, pirates, American revolution stories, shipwrecks, cowboys, cattle and more. For high school I attended a private up state boarding school from 1961 to 1965 working various jobs in the summer. It was the early 1960's that I became interested in photography playing with cameras I could afford or given to me until I graduated from college in 1969. The mystique of Montauk's historical past now coupled with photography and a new Nikkormat I had something stirring besides a life in the corporate world or law school and took a shot a putting them together. 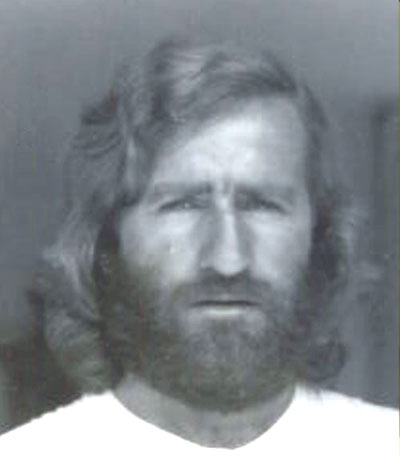 In the early 1970’s, as a self taught photographer and long-time resident of Montauk, an Indian place name hamlet on the eastern tip of Long Island, New York I recognized that the photographic record was a means to understand Montauk’s history and my own family heritage. I began researching family history and Montauk’s historical past by collecting photographic records, documents, artifacts, maps, drawings, as well as conducting taped interviews of local residents knowledgeable of Montauk’s past. My plan was to gather and compile these records, educate myself about who I was and in conjunction with my own photographic work would hopefully see the world and tell an interesting story. By 1976, I had developed a number of photographic projects and was well entrenched in writing, researching and photographing when I was able to purchase the entire William Wallace Tooker Photographic Collection from a private owner that included some 88 original glass plate negatives. By July 1977, following photographic journeys to Africa, Europe and other places, much progress for two proposed books, a documentary film and photo exhibits were near completion when a fire completely destroyed the Peter Beard Windmill Residence in Montauk where my darkroom and studio housed the compiled work. Fortunately, only a few of the Tooker glass plates were in the studio at the time with the rest surviving to this day. While attending film school at The New School in New York City in 1977-79 select large format silver gelatin prints from the Tooker Collection were printed at Modernage Photo Lab in New York City and made available for sale to the public and sold to private collectors. In the mist of political turmoil and depressing economy (remember 21% interest rates) I got married and relocated to San Francisco in 1980 which stopped the marketing efforts of the Tooker prints until 2010. The above photo is of yours truly in 1976 at Thunderbolt Ranch. 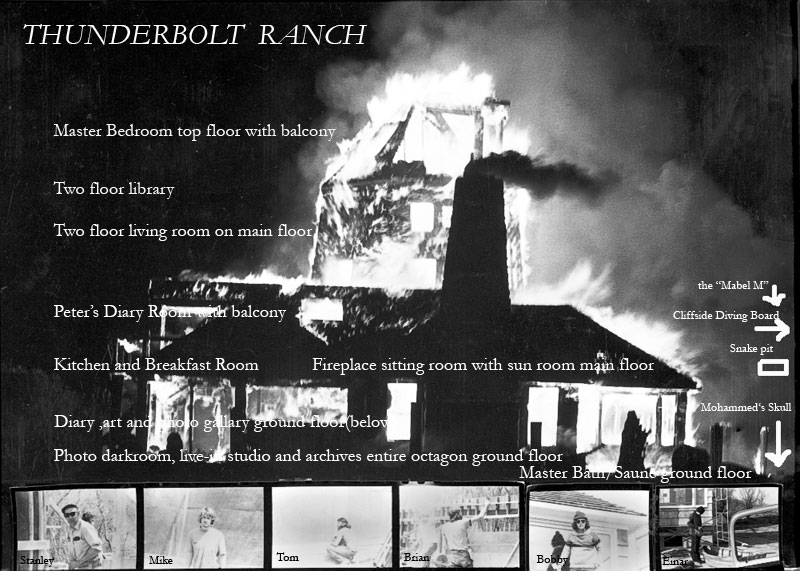 This was the Peter Beard Windmill Residence about 10 PM on July 27,1977 as it burned to the foundation. The structure was situated about 70 feet from ocean cliffs on the last private piece of property on eastern Long Island in Montauk, New York. Overlooking the Atlantic Ocean it was named Thunderbolt Ranch after it was hit by lighting during the re-construction. Prior to that it was known as Cliffside Bangladesh because none of us had any money. The thumbnail photos at the bottom are pasted on contact strips of some the crew that worked on the moving and re-construction of the windmill structure. Originally the entire building structure was located about 8 miles west of the this cliffside location and was know as the Rhinestine Windmill built as a residence in 1928 and not a functioning windmill. At the time of the fire the house was not completely finished yet livable with Peter staying in his dairy room and myself in the dark room studio or adjacent cottage just 50 feet to the north. I believe the fire was started by a disgruntled part-time construction laboroer who was not being paid. It's my understanding he still lives and works in the South Fork.

This is a story for another day but  as Melville wrote many of " the ungraspable images of life" were destroyed and lost forever that night. The website www.snatchingphantoms.com is about book and film projects started in the 1970's that are being rejuvenated. More images and information will be added.